I haven't blogged much within the last few days, but I've been reading. Boy oh boy have I been reading. And every last book on this list was made with the stuff that makes a book nerd. :) 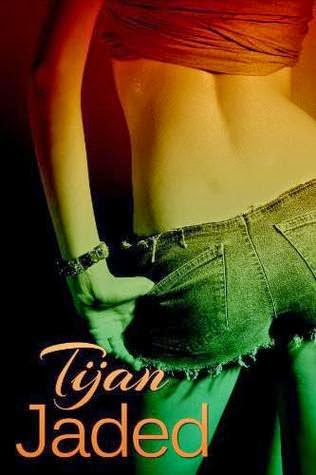 Jaded (Jaded #1) by Tijan
Sheldon doesn't care about anyone except Corrigan and Bryce. The three of them rule their school, but it seems someone else wants in on the action. Or that someone else just wants Sheldon, but how many bodies is enough to prove their love to her? 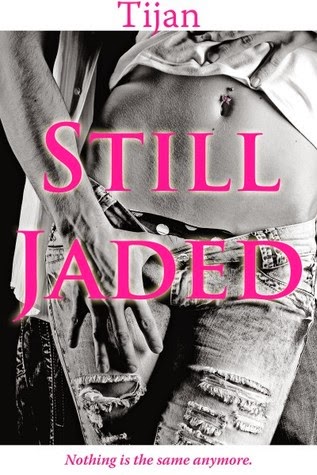 Still Jaded (Jaded #2) by Tijan
Sheldon, Bryce, and Corrigan ruled their school until a killer wanted to rule them. Three years later, Bryce’s back home from Europe the local celebrity jock. Corrigan’s busy running his fraternity and Sheldon's about to be pulled back into the social world of drama. With the killer killed, who's trying to hurt Sheldon this time? Or maybe it's someone closer than she wants to admit? 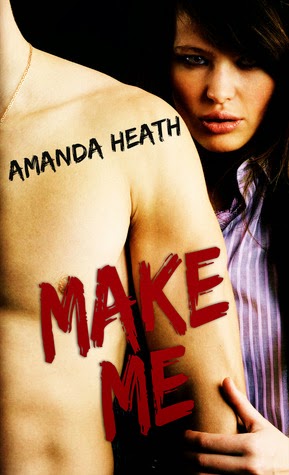 Make Me (Make or Break #1) by Amanda Heath
“Make me, Channing. Make me fall. Push me, shove me, just make sure I get there.” I shout at him, taking a step back. His eyes clash with mine. I read the challenge there, making me take another step back.He stalks the few steps to me and grabs my arms slamming his forehead down on mine, “I’ll make you.” His lips skim against mine as he continues to speak, “And I’ll be falling right there with you.”Paisley Vaughn grew up on the wrong side of the tracks. After finding her mother dead from an overdose, Paisley and her baby sister are shipped off to live with her maternal grandparents. She always knew they were rich, she just didn’t realize how rich they were. Now she’s being forced to go to a prestigious high school. One where the tuition is more money then she’s ever seen. Thinking these rich kids are going to be snobbish and rude, she’s surprised to find the Vaughn name means she is untouchable. Well unless your name is Channing Southerland. Paisley has to navigate her new life and all the new people in it. While her mother might have lied about her grandparents, no one is lying about Channing. He’s beautiful, mean, arrogant, and turning her on. Before long a war is fought, leaving Paisley wondering if she’ll be ruined or made. Though she might just fall irrevocably in love. 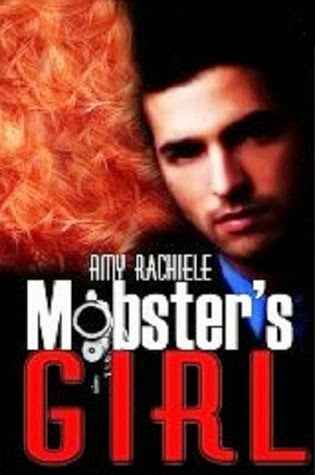 Mobster's Girl (Mobster #1) by Amy Rachiele
Gripping my chest is the only way to hold myself together or what’s left of me will fall out. The past week has enlightened me on one thing-I don’t care. Megan, Mobster’s Girl I didn’t even hesitate. I took two strides and blasted him in the face with my fist. He was ready for it this time-unlike in church. He tried to hit me back but I ducked and smashed him again. Antonio, Mobster’s Girl You can’t help what family you’re born into or what lies they keep from you. You can’t help it if they mold and shape you just the way they wanted. Are monsters born or made? Antonio and Megan have a timeless issue. They were told to stay away from each other. They try, they really do. But they are drawn to each other. Antonio is eighteen and the up and coming mob boss of Palmetto, New Jersey. Megan is a girl uprooted from the grassy plains of Ireland at the age of five. Now she’s seventeen and faced with horrors she never thought existed. 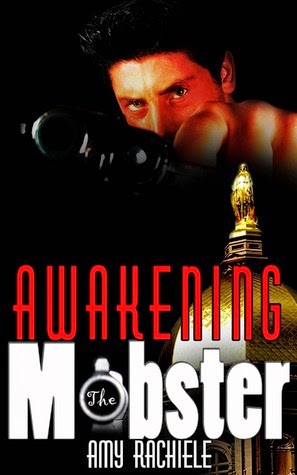 Awakening the Mobster (Mobster #2) by Amy Rachiele
A breathtakingly beautiful man is standing right next to me-holding me, reassuring me, protecting me. Antonio is my savior. Having him with me makes the ickiness that’s stuck in my stomach tolerable.Megan, Awakening the MobsterLoving Megan and caring for Erin like the sister I never had is dangerous. These feelings cause you to think. But I was raised, Don’t think, just do!Antonio, Awakening the MobsterWhat draws and binds people together-circumstance, experience, blood? Can you change what you’re made of or is it predestined? If you fight it, will it just come back to you ten-fold?Antonio and Megan are running. Running away. Megan’s father told them to. Antonio and Megan fly to South Bend, Indiana. They are hiding out at Notre Dame until it’s safe to come home. But will it ever be safe with the line of work Antonio and Megan’s father do. There is no escaping the mob. It’s part of your existence. 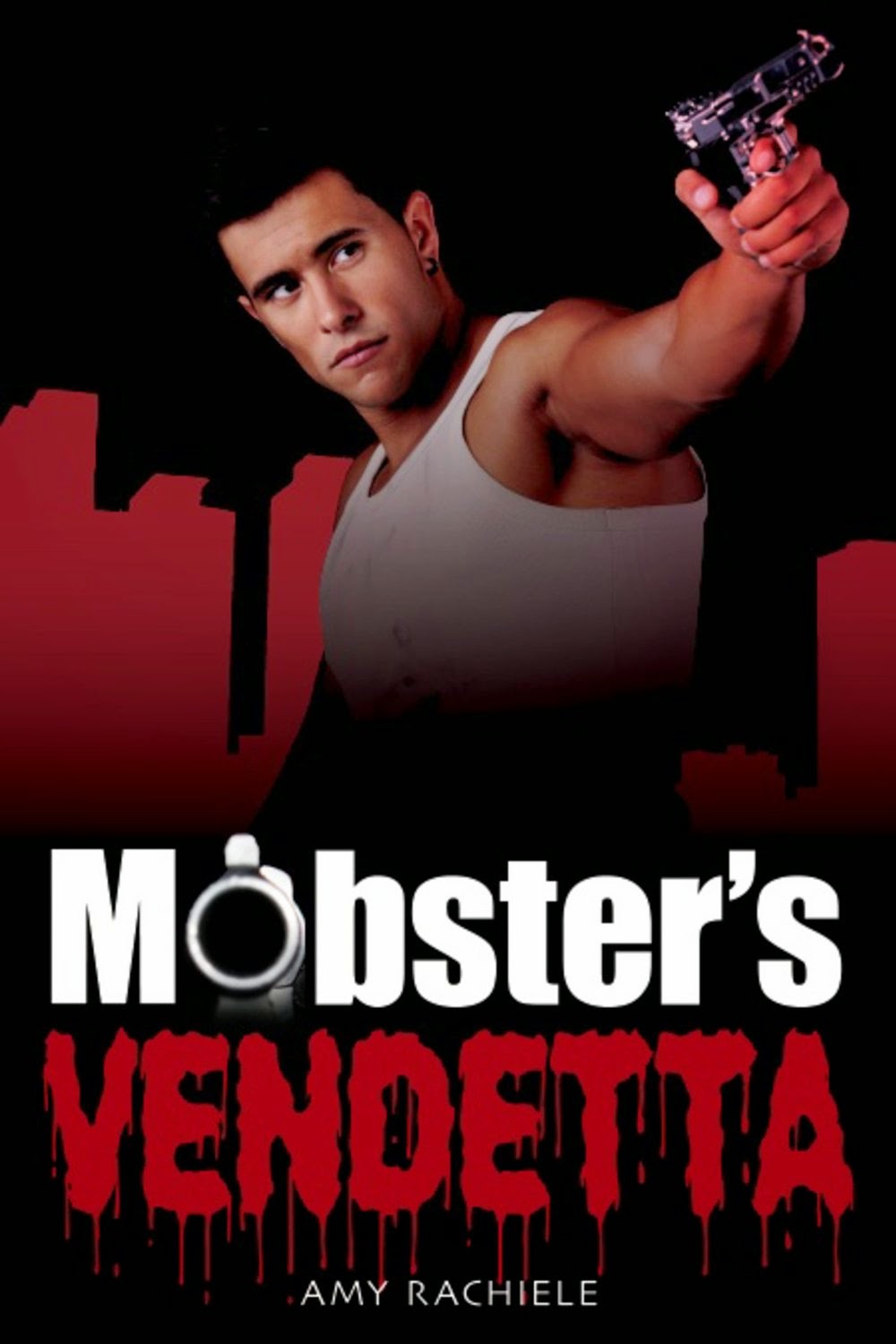 Mobster's Vendetta (Mobster #3) by Amy Rachiele
My soul was drawn to him. It isn’t about the danger or his dark beauty, it’s the connection I feel – the feeling of home I have with him even though I am miles away from it.Megan, Mobster’s VendettaThe mob underworld never changes. It hides itself deep in the cities. The rules, people, and danger are identical no matter where you go. Sometimes I wish things were different, but they're not.Antonio, Mobster’s VendettaAntonio and Megan have had to overcome severe challenges in the short time they have been together. Things just happen that way sometimes. Circumstance has kept them apart, but their biggest challenge is yet to come.Power, greed, and malice can crush a person from the inside out.Antonio and Megan are in Chicago. Antonio needs to take care of business.Business that includes taking down his Uncle - for good. 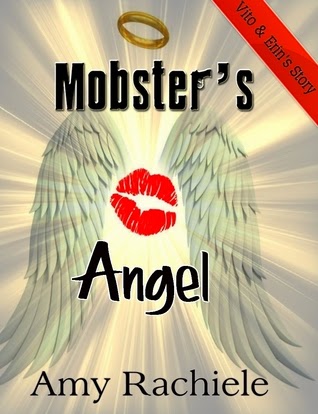 Mobster's Angel (Mobster #4) by Amy Rachiele
Vito has grown up in the underworld of the mob. He has recently reached age eighteen. His family has been involved since the thirties. In 2014, the rules haven’t changed much. What worked then, works now; power, violence, and loyalty.Love isn’t something you can control. As much as Vito, mobster enforcer, wish he could, he can’t. And falling in love with someone who is close to jailbait age is even tougher. Vito bides his time and waits. For a hasty guy with limited self-control, it’s difficult to curb his impulses.At age fifteen, Erin just wants to forget. Erin’s world came crashing down when she learned her family was not what they seemed. She’s been living in a lie. No one told her her family was mob. The cliché ignorance is bliss becomes a sharp stabbing realization when she has to learn to cope with the aftermath. Being smart doesn’t save you from terror and doesn’t teach you how to live with it. You can’t escape the mob. It’s part of your existence!“Sometimes I hear him whispering in my ear as if my conscience has grown and matured into a six foot three dark haired male. The studying, reading, and listening I did to impress adults are nothing compared to what I learned from Vito.”~ Erin